The Enduring Fascination of Historical Crime Fiction by Christa Ludlow 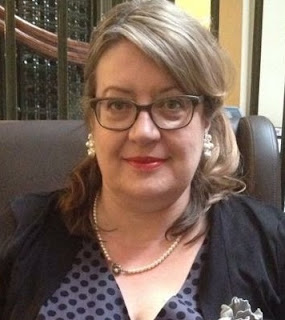 Historical crime fiction has an enduring fascination. The possibility of journeying back through time to the era of Sherlock Holmes, gaslight and hansom cabs; constables patrolling streets shrouded in fog; detectives attending autopsies in chilly underground caverns – what could be more enticing?

We don’t have to travel to London to experience these thrills - Sydney has its own fascinating history of crime and punishment to be explored, as I discovered many years ago when I was conducting research for exhibitions at the Justice and Police Museum in Sydney. If you haven’t visited the Museum, it is in a beautiful old sandstone building near Circular Quay, which was formerly the Water Police Station and Court House. The Museum houses what used to be a private Police Force collection of artefacts relating to crime and criminals, from the early nineteenth century up to the present day.

I trained as a historian and I have written about the history of institutions like the Children’s Court, prisons and asylums. As I was trawling through old police records, photographs and newspaper accounts to find ideas for exhibitions, I wondered why no one was writing historical crime fiction (my favourite reading genre) set in nineteenth century Sydney. Sydney, its buildings, streets and institutions, seemed full of mystery to me. The result is Taken At Night, my first mystery novel, set in Sydney in 1900. 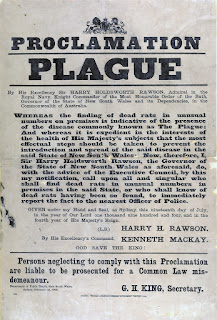 In 1900 Sydney was the largest city in Australia and the fifth largest port in the British Empire. But like all cities, its population was made up of winners and losers. While Sydney’s affluent inhabitants enjoyed the hotels, shopping arcades and theatres, life was much tougher in The Rocks, Millers Point, and Surry Hills. The maritime strike of 1890 and the following depression had taken its toll on the city’s working class. The waterfront areas were allowed to decline and slums proliferated, causing problems with health, child welfare and crime.

Sydney in 1900 was quite a diverse and complex city, if you looked closely. As a busy port, it was exposed to people of different races and beliefs. About 3500 Chinese were recorded as living in Sydney, there were Chinese language newspapers and, by 1904, a Chinese temple. Sailors and travellers of many nations passed through, including from India, the Middle East, South East Asia and Europe.

The indigenous peoples of Australia continued to make a life in Sydney, despite discrimination and restricted freedom. Many Aboriginal people were attracted to the city by the opportunities for work at the railway workshops, on the wharves and in factories. Experts and new ideas were fashionable. Votes for women, spiritualism, theosophy, Socialism, ethnology and social Darwinism were all subjects debated in the newspapers and at public lectures. Some of these ideas influenced the response to urban crime.

I have written elsewhere how in the 1890s male Australian writers like Henry Lawson and Banjo Patterson saw the city as a maze of evil and corruption and set their stories in the Australian Bush. Women, on the other hand, saw opportunities in city life. They were starting to enter the fields of literature, photography and journalism. In Taken At Night, the protagonist is a photographer and her profession allows her to roam the streets with a purpose and a camera. In 1891 the Illustrated Sydney News noted that nearly every newspaper of standing had one or more women among its contributors or staff writers. Photographers such as Laura Praed and May and Minna Moore were having their photographs published. 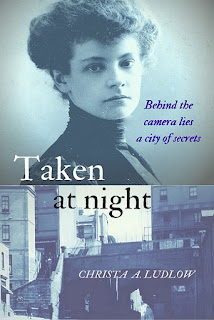 Criminology was still in its infancy. While fingerprinting was being practised by the police force in India, it was not accepted in England until 1901. Sydney’s police did not adopt it until 1911. One large and threatening shadow hung over Sydney in 1900 – the bubonic plague. It had first been noticed in China, then progressed to India and to the Pacific. It was carried by fleas on rats which infested the ships travelling between ports. In 1900, with no antibiotics, once a person contracted the disease, little could be done but wait and see. The plague plays a key role in Taken At Night and the sequel to be published this year, The Dark Room – many crimes could be committed under cover of quarantine!

In response to the plague, which killed over 100 people, whole streets, buildings and wharves in Darling Harbour, Walsh Bay, The Rocks and Millers Point were demolished. With them went much of the city’s mystery. But occasionally in an old book, a photograph or even wandering the streets you can find traces of that city of mystery.

A missing woman, a city in turmoil and a mysterious photographer ….


The year is 1900, and photographer Beatrix Spencer has just opened her studio in the bustling colonial metropolis of Sydney. But it is a turbulent time to start a new business. A deadly outbreak of plague is threatening the city. Soldiers are about to embark for the Boer War. Women are struggling to gain rights and recognition.
When a woman doctor disappears from a quarantined ship, Beatrix is drawn into the investigation led by Detective Fergus Blair, who has secrets of his own. Despite their very different backgrounds, Fergus and Beatrix find that the city’s underworld is closer and more dangerous than either of them realized. And somewhere, another more sinister photographer is at work…

Posted by Historical Novel Society Australasia at 9:00 AM