An interview with Alison Stuart 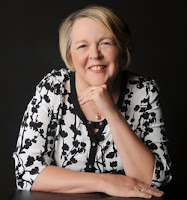 Award winning Australian author, Alison Stuart, learned her passion for history from her father. She has been writing stories since her teenage years but it was not until 2007 that her first full length novel was published. Alison has now published seven full length historical romances and a collection of her short stories.  Her disposition for writing about soldier heroes may come from her varied career as a lawyer in the military and fire services. These days when she is not writing she is travelling and routinely drags her long suffering husband around battlefields and castles.

My historical passion is the period of the English Civil War and AND THEN MINE ENEMY continues that interest. My interest in this period can be dated back to my father reading  Du Maurier's THE KING'S GENERAL to me when I was eight. I fell in love with cavaliers and Roundheads and I love exploring this fascinating, turbulent, and important period of history in my writing.

With this series (AND THEN MINE ENEMY is the first in a two book series) I am tackling the difficult subject of the period of the war itself which ran from 1642 and 1645 through the vehicle of a family divided by their belief systems into supporting either King or Parliament and where the women of the family balanced their loyalties and their love. 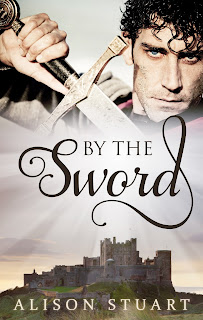 When you have been obsessed by this period of history for as long as I have, I have accumulated a wide research library going back to Gardner's 8 book series. More and more is being written on the period so I now have to be a bit selective. As much as I have embraced the internet, books are still my first 'go to', but how we ever wrote without the wealth of material on the internet, I do not know! As a passionate user of Scrivener, storing and sorting research for each book is now so much easier and beats hastily scribbled notes in a plethora of notebooks!

I think to portray historical authenticity you need accuracy. Both are equally important! It is how you use the accuracy to craft a story that engages a reader without lecturing to them, is the skill of a writer. I strive for accuracy in the details and where I am forced to tweak historical fact, that will always be noted and explained in my 'Authors note'.

I love my hero (I love all my heroes!), Adam Coulter. Adam is deeply conflicted, an outsider within his family long before the war began and by choosing Parliament, through the dictates of his conscience, he is setting himself irretrievably against his family and yet he is still drawn to them by deep ties of blood. His journey is the representative of the theme of the book.... quite literally 'by the sword divided'.


Are you a plotter or a pantser? How long does it generally take to write a book?

I am a pantser who is training herself to be a better plotter. As I get further into my writing career I no longer have the luxury of time to go down the rabbit holes and blind alleyways that being a pantser involves. My early books were written over years, now I consider myself lucky if I have a year to go from a standing start to a finished product and to do that I have to be more efficient and have a better idea of where the major plot points will fall. 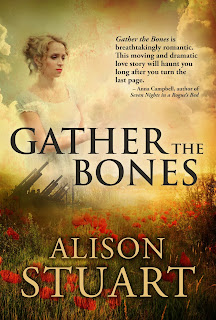 I think influence comes early and there is no doubt that the greatest influence on me were the books of Rosemary Sutcliff. She had an ability to meld that historical accuracy and authenticity into tales of individuals caught in the wider events of their day that (to this day!) engage the reader. Her story of Sir Thomas Fairfax (THE RIDER OF THE WHITE HORSE) lives on my keeper shelf, much thumbed and annotated! I have also mentioned Du Maurier's THE KING'S GENERAL - another on my keeper shelf.

Do not expect the first draft of your book to be the one you will be sending out to editors and publishers. What you have to achieve with that first draft is a 'book shaped' object full of holes and question marks but has at least achieved a beginning, a middle and an end. The craft of writing is in the rewrite! Crafting the most perfect first 3 chapters the world has seen will not make you a published author.
Tell us about your next book or work in progress?

I have a few irons in the fire at the moment! Firstly I do need to finish book 2 of the Feathers in the Wind series (NOW MY SWORN FRIEND) which will take Perdita and Adam to the end of the war. Then I am moving away from my beloved period to turn to crime with book 1 of a historical mystery series set in Singapore in 1910 (the first of what I plan to be the 'Very Colonial Mystery' series) which is currently doing the rounds. I am also playing around with an Australian set historical romance series but that is in its early days. 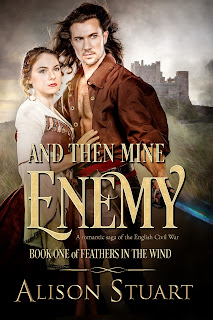 AND THEN MINE ENEMY

England 1642: Hardened mercenary, Adam Coulter returns to England sickened by violence, seeking only peace, but he finds England on the brink of civil war. He has seen first-hand what that will mean for every man, woman and child and wants no part of it. King or Parliament? Neutrality is not an option and Adam can only be true to his conscience, not the dictates of his family.

Having escaped a loveless marriage, Perdita Gray has found much needed sanctuary and the love of a good man, but her fragile world begins to crumble as Adam Coulter bursts into her life. This stranger brings not only the reality of war to her doorstep but reignites an old family feud, threatening everything and everyone she holds dear. As the war and family tensions collide around them, Adam and Perdita are torn between old loyalties and a growing attraction that must be resisted.

Alison will be appearing at the HNSA 2017 conference in the following panel:


A Rose by any Other Name: What's the Difference between Historical Romance and an Historical Love Story?

Booksellers and publishers are called upon to categorise books for ease of selection. But aren’t historical romance and historical love stories the same? Do readers care about the pigeon holing of books into sub-genres? And if it’s necessary, what is required to establish the difference when writing a book? Elisabeth Storrs discusses these concepts with Isolde Martyn, Lisa Chaplin and Anna Campbell.

Alison is also appearing in our Melbourne HNSA Meet the Author event on Sunday 20 August 2.30-4.30pm at The Mail Exchange Hotel, 688 Burke Street, Melbourne, with Elise McCune, Gabrielle Gardner and Sylvia Karakaltsas. Bookings essential. More details can be found on the HNSA website.

Historical romance writers might also be interested in the super session workshop below. A ticket to the workshop entitles the attendee an entry into a giveaway for a $100 Dymocks gift card. More details about our workshop programme are available at our website. Purchase of a day or weekend conference ticket is a pre-condition to booking.

‘Historical romance’ covers a wide range of styles, with varying degrees of history and romance. Internationally published, award-winning authors Anne Gracie and Isolde Martyn will share their tips about writing historical romance, the craft of story-telling, the importance of research, and creating historical characters and atmosphere, as well as some ‘how-not-to’ advice to help authors reach an international market.

Manuscript assessments will be conducted by industry experts, Alison Arnold and Irina Dunn. Our free extended academic programme is open for general admission but bookings are essential.
Our First Pages Pitch Contest offers an opportunity for submissions to be read aloud to a panel of publishers. And we are delighted to announce the introduction of our inaugural HNSA Short Story Contest with a $500 prize!

Learn about our sponsorship opportunities

Let’s make a noise about historical fiction!
Posted by Historical Novel Society Australasia at 11:30 AM