Gillian Pollack's wrap up of her HNSA Conference masterclasses 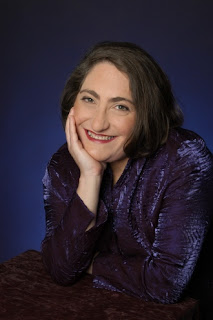 Dr Gillian Polack is a Medieval historian and has PhDs in both History and Creative Writing. She researches how history and fiction interface and has a strong interest in how genre narratives operate. She has also been a reviewer, critic and non-fiction writer and an award judge. Gillian's latest novel is The Wizardry of Jewish Women which was nominated for best novel in the 2017 Ditmar Awards. She has also released a volume of her research for the book in History and Fiction (Peter Lang, 2017) Eighteen of her short stories are in print and she has edited two anthologies and an historical cookbook.  One story won a Victorian Ministry of the Arts award and three more were listed as recommended reading in international lists of world’s best stories. She has received two writing fellowships at Varuna, arts grants, and a Ditmar award for her work. Her  book, The Middle Ages Unlocked: A Guide to Life in Medieval England 1050-1300 is co authored with Katrin Kania. Gillian ran two masterclasses during the HNSA 2017 conference. Here is her wrap-up of those sessions.

I was very lucky in the writers who joined me for it – they were thoughtful and pushed to understand more about how they can write history into their fiction, ways of doing it well, and they thought a great deal about the implications of their work. That’s why I’m writing a report on it. Their work was useful for other writers. Let me tell you about it.
None of the writers were beginners. Not all of them wrote historical fiction. This meant that, for my preparation, I read tens of thousands of words. Then I pulled their work together and looked at what participants knew and did and how they expressed it. The background I called on was my own work as an historian, as a fiction writer and as a researcher into the culture brought (intentionally or not) into novels and other long narratives.

I focussed on genre, because the decisions writers make are different depending on the genre they’re writing in. I wasn’t asking the participants to learn principles, but to apply them to their own work and to discover what this led to. At its simplest, we looked at what made up a piece of telling detail in a part of their work and what uses that information had for the reader and how to make it work more effectively. At its most complicated, we talked about ethics and how historical fiction is interpreted by readers. 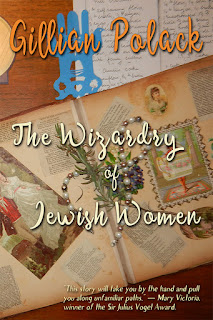 Because this teaching is directly related to my research, it can go in a number of directions, depending on the writers and their needs. I look at simple techniques like building telling detail and how to bring a scene to life for readers, but in the classes we also looked at story space.Story space is difficult to explain in a single paragraph for me at this moment in my research. This is because the story space I teach isn’t the same as the story space that’s written about. "Normal" story space is the place where readers go in their minds to live the tale.  My story space is where writers go to write the tale. When writers know how to move into it and use it cleverly, it can make a big difference for their writing.

Story space is a very powerful tool. Using it to focus discussion, we talked about ways of reducing research time, understanding the path the novel is taking and how it fits into genre. How writing within genre works from story space and how this relates to how one sells a novel. Story space was especially important for the writers in the second class. We explored their needs as writers and each one left with an understanding of what they can do with story space. They can enter and leave it and use it to navigate and to make decisions about ethics, research, characters, historical background and the story itself.

In the first class, we didn’t talk directly about story space as much, although it was there, in the background, most of the time. We focussed on how history is presented, especially in the case of silencing some groups, and presenting some characters as hollow or as echoes. Story space played a role, but a key focus became how to handle history ethically. We talked about how our fiction reflects Australia’s cultural history, and how, unless we personally examine the culture we carry with us we’re in danger of giving some very poor gifts to our readers through feeding them our assumptions without knowing. One of the students helped us understand these issues through giving us some very illuminating anecdotes: each participant in these classes had as much to give as to learn. Their thoughts and stories assisted a great deal in underlining why writers need to know who they are and where they come from and what they bring to their fiction.

What emerged from both classes was a need to be aware that history can be told in a way that will hurt because characters who come from a particular background often fall into stereotypes, and that this affects our broader culture when we modify the historical record in this way.Story space and the culture we carry into our writing work together to help solve these problems. It’s never going to be easy, but it’s possible to evaluate the relationship of wider culture, the culture we carry, and the needs of our novel, and making the most appropriate decisions for our fiction.

Every really good writer balances this deep reflection with writing techniques. This is why we also talked about the difference between history and novels. What decisions have to be made in order to write a good novel? What history is one actually producing? How is this history seen by historians?The second half of each session was mainly spent on looking at the work of the individual writers in the class. My historian side was much in use, and we talked about several historical periods and their sources and what different ways there are to interpret them. We also talked about how to depict history so that it comes to life and where to find examples of writing styles and how to locate and use telling detail.

There was so much to say and so much everyone wanted to hear. What was sad was that I lost my voice in the middle. Over a week later and my voice still has its moments. The writers were worth it, however. Hard-working and thoughtful. I almost forgot the fact that I was croaking and whispering in turn, because the questions were so interesting and their reflections so worth hearing.I was very lucky in the authors who chose to do the masterclasses. There are some very good novels in our nearish future.   Note: The subject is big and it’s complicated and a blogpost doesn’t do it justice. I’ve written on several aspects of the background I drew on for the masterclasses (ie I’ve written about my own research), in my academic work (History and Fiction was easily the most useful single work for most of the writers), and in blog pieces (such as some of those here ). For further information, read Wendy Dunn's interview with Gillian Pollack.