Vashti Farrer: A few of my favourite things...


Our next author in the ‘A few of my favourite things…’ 2015 HNSA Conference interview series is Vashti Farrer.  She will be discussing why WWI and WWII inspires fiction, and the challenge of depicting such characters in the panel: War-torn Worlds: Historical Fiction in Times of Conflict on 21 March.

Vashti Farrer writes for adults and children, fiction and non-fiction, often with history as a background. Her latest non-fiction book is – ‘Ellen Thomson – Beyond A Reasonable Doubt?’ (Halstead Press) which tells of the only woman ever executed in Queensland (1887). Her article, ‘The Only Woman’, based on the case, won the non-fiction section of the inaugural New England Thunderbolt prize for Crime Writing in 2013. Vashti has had over 60 adult short stories published and won five major short story awards. Her articles have included the Gallipoli peninsula and British military executions in WWI and her 26 children’s books cover topics such as child convicts to Van Diemen’s Land, the Eureka Stockade, Cook’s charting of the east coast of Australia, Waler horses in the Boer War and WWI, carrier pigeons in WWII, the Sydney Harbour Bridge, the lead up to Federation, the first Melbourne Cup and the Home Front in WW II. 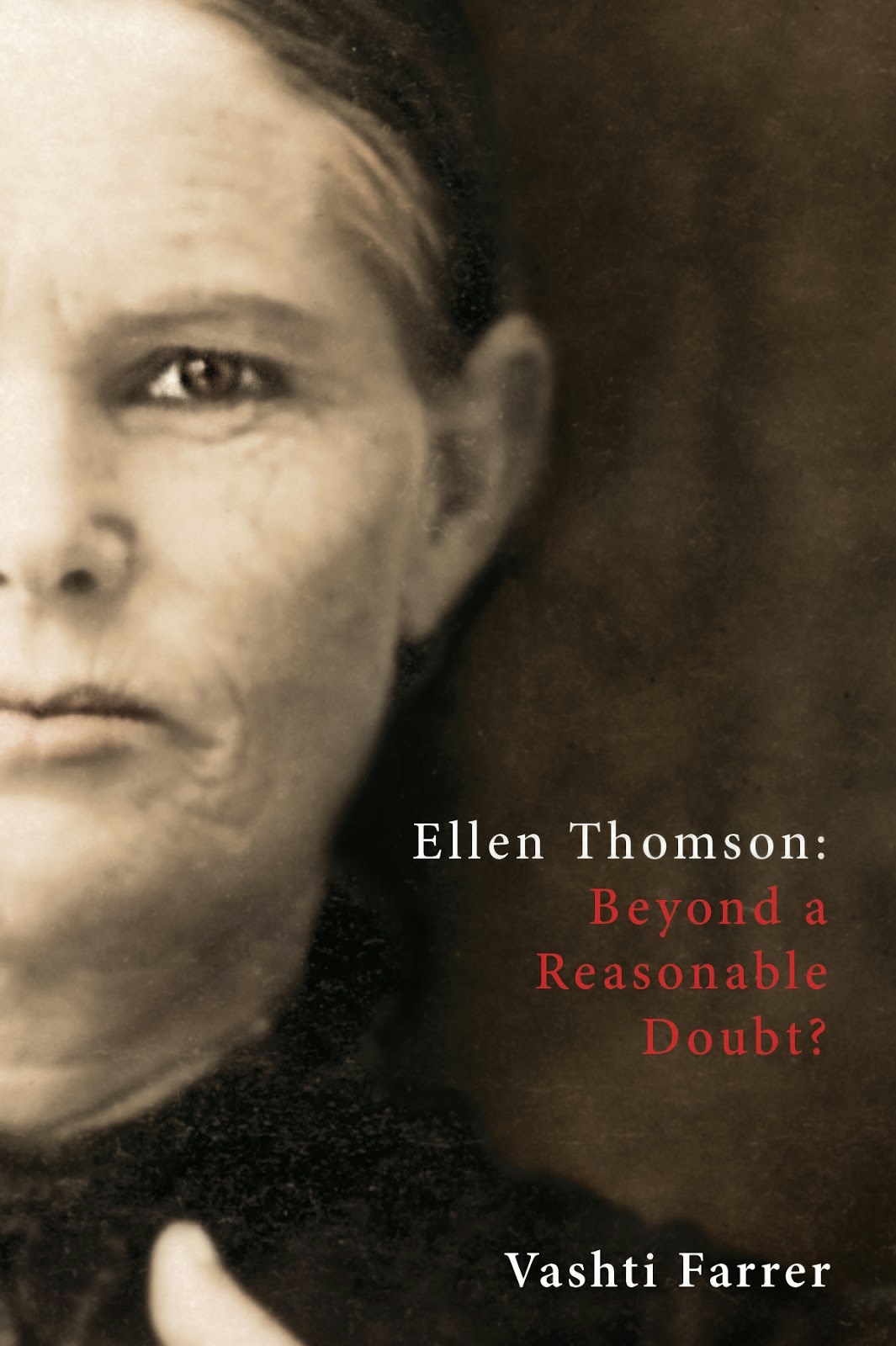 Book as a child and as a teenager?
As a small child a volume of German of Grimm’s Fairy Tales, translated from German into rich, archaic language, and with old-fashioned illustrations. No teenage favourites, anything from Flora Thompson’s Lark Rise to Candleford  to Nicholas Monsarrat’s The Cruel Sea.

Period of history?
No favourite, but fond of Restoration and 18th century plays.

Character in one of your own books?
A toss between Kitty Barnes in Plagues & Federation  and lapdog Lulubelle in Lulubelle and Her Bones.

Scene you enjoyed writing?
Scene in Lulubelle when all the characters attend a performance at Sadler’s Wells.

Place to write?
At my desk, mostly, but I’ve written in bed, on holiday, in planes, beside swimming pools, anywhere really.

Method of writing i.e. longhand or typing?
Depends where I am. On computer if at my desk, elsewhere – longhand.

TV program /movie?
Too many to name.

Comfort food?
I like chocolate but can take it or leave it. Cups of tea when I’m working.

Ellen Thomson: Beyond a Reasonable Doubt?

At 8 o’clock on Monday morning, 13 June 1887, Ellen Thomson was hanged at Her Majesty’s Brisbane Gaol for the murder of her husband. She is the only woman to be executed under Queensland law.

But did she receive a fair trial, and did she deserve the ultimate punishment? Author Vashti Farrer’s latest book reveals a tropical Queensland alive with goldrush excitement, and the hard lives of pioneering communities in Port Douglas, from English immigrants to Chinese settlers, all looking to make a better life. Into this world stepped a young widow, Ellen Thomson, who married an older farmer, Billy Thomson.

After many years of working the farm on the Mossman River together, on the night of 22 October 1886, Billy Thomson was found dead with a gunshot wound to the head. What happened?
The book outlines events of that fateful night, the subsequent trial and executions and gives a fascinating insight into life at the time. It also raises the question, was Ellen Thomson guilty beyond reasonable doubt?

Vashti Farrer will be appearing at the 2015 HNSA Conference in the following panel:

21 March 2015
2.15-3.15 pm  Session Five
War-torn Worlds: Historical Fiction in Times of Conflict
Vashti Farrer joins Nicole Alexander, Toni Jordan, Kim Kelly and Sophie Masson in discussing why World Wars I and II inspire their fiction, and the challenge of depicting characters who must either overcome, or succumb to, the turbulence of war.

For more information on all our panels, please visit our site for programme details. And you can buy your tickets here.
You can also sign up to the mailing list to be the first to keep up to date with breaking news on the HNSA conference in 2015.


Register now for the #HNSA2015 conference! Let’s make a noise about #historicalfiction
http://ow.ly/E9RPZ

Posted by Christopher Lam at 1:36 AM