Pamela Rushby: A few of my favourite things...


The next author in the ‘Few of my favourite things…’ 2015 HNSA Conference interview series is Pamela Rushby. She will on appearing on a panel disucssing whether ‘Can Children’s and Young Adult Fiction Compete with Vampires, Werewolves and Zombies?’ on 21 March 2015. 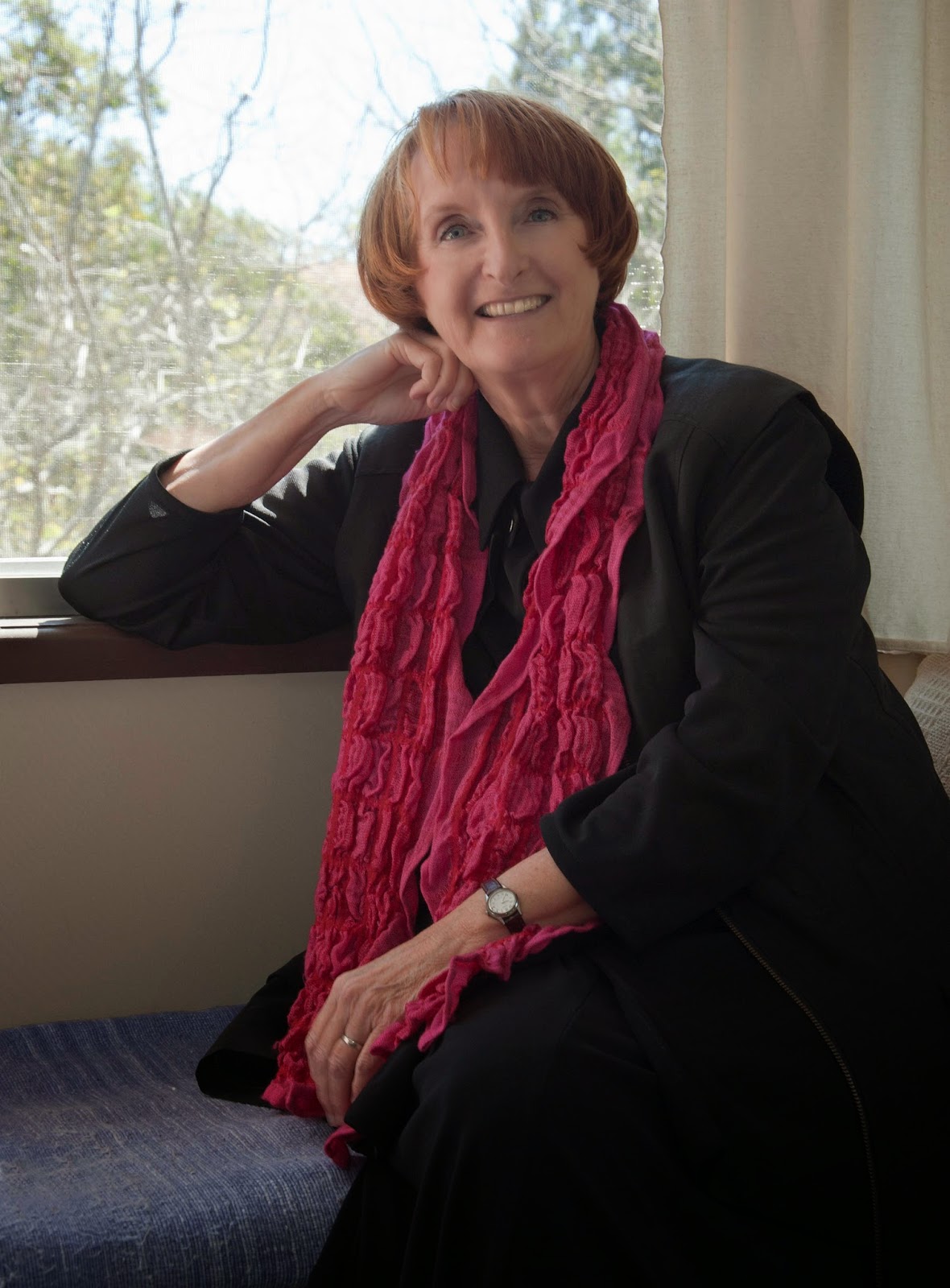 Pamela Rushby was born in Queensland more years ago than she cares to divulge. She has worked in advertising; as a pre-school teacher; and as a writer and producer of educational television, audio and multimedia.

Pam has written children's books and television scripts; hundreds of radio and TV commercials; multi award-winning documentaries on Queensland dinosaurs, Australian ecosystems, bilbies, the Crown of Thorns starfish and buried Chinese terracotta warriors; short stories; and freelance journalism. She has won several awards, including a Literature Board of the Australia Council grant to work on archaeological excavations in Egypt and Jordan; a Churchill Fellowship to study educational television in Canada; the Ethel Turner Prize in the NSW Premier's Literary Awards; three Notable Books in the Children's Book Council of Australia awards; and a bag of gold coins at a film festival in Iran.

Pam lives in Brisbane with her husband, son and six visiting scrub turkeys. She has two children (plus son-in-law and two gorgeous grandchildren).

She is passionately interested in children's books and television, ancient history and Middle Eastern food.


Could you please share with us what is or was your favourite:
Book as a child and as a teenager?
I blush to admit a lot of Enid Blyton. Then Elizabeth Goudge, The Little White Horse, anything fantasy, moving on to Jane Austen and Georgette Heyer.

Period of history?
To read about, Victorian. Or ancient Egypt. To write about, it doesn't matter, as long as there's an exciting incident to build a story around. For example, I've written about the last great cavalry charge in history at the Battle of Beersheba in 1917 in The Horses Didn't Come Home. 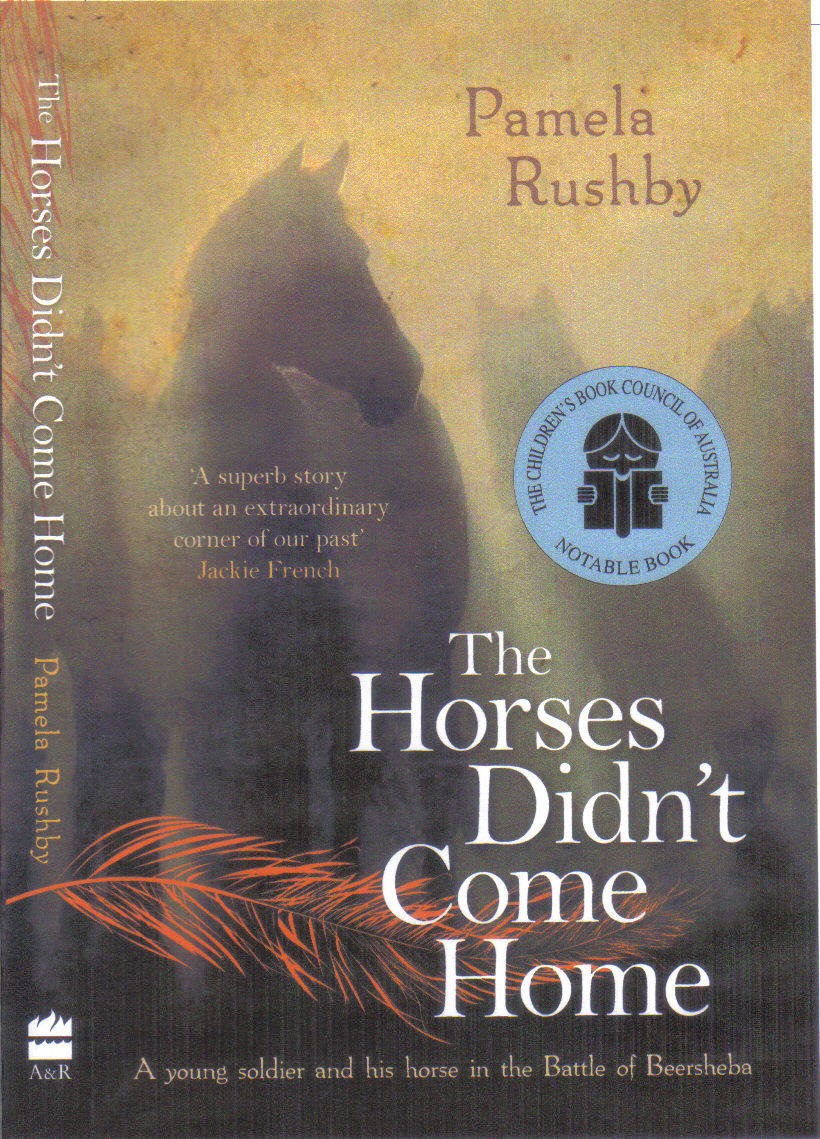 Sixteen-year-old girls travelling to Vietnam during the Vietnam War as singers and dancers in an entertainment troupe in When the Hipchicks Went to War. 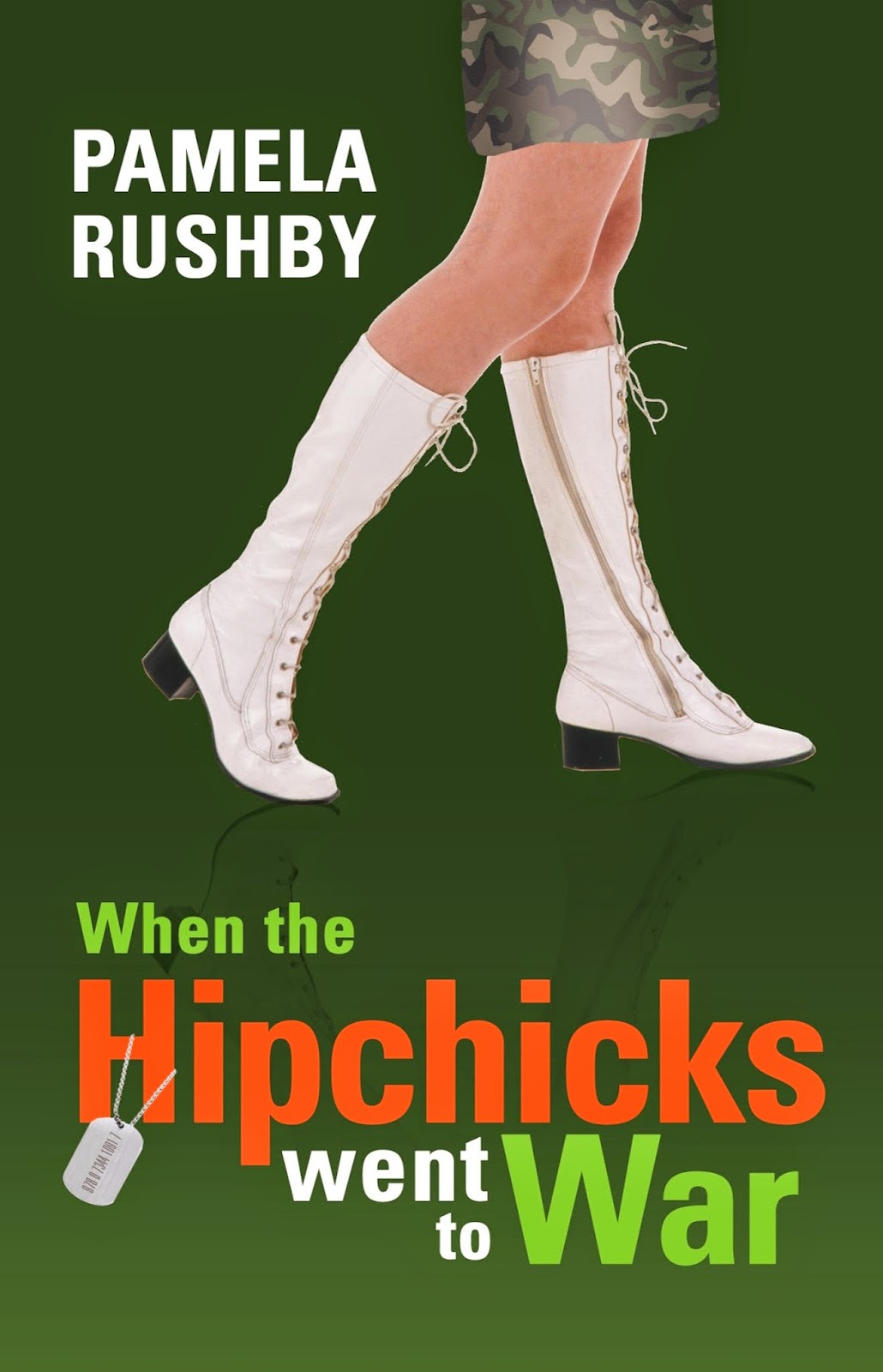 A girl in Cairo during World War 1 when the city was overwhelmed with wounded from the Dardanelles, in Flora's War. Flora volunteers to drive wounded in her father's motorcar and assist in appallingly overcrowded hospital wards – some of which were housed in the local fun park and race track pavilion. 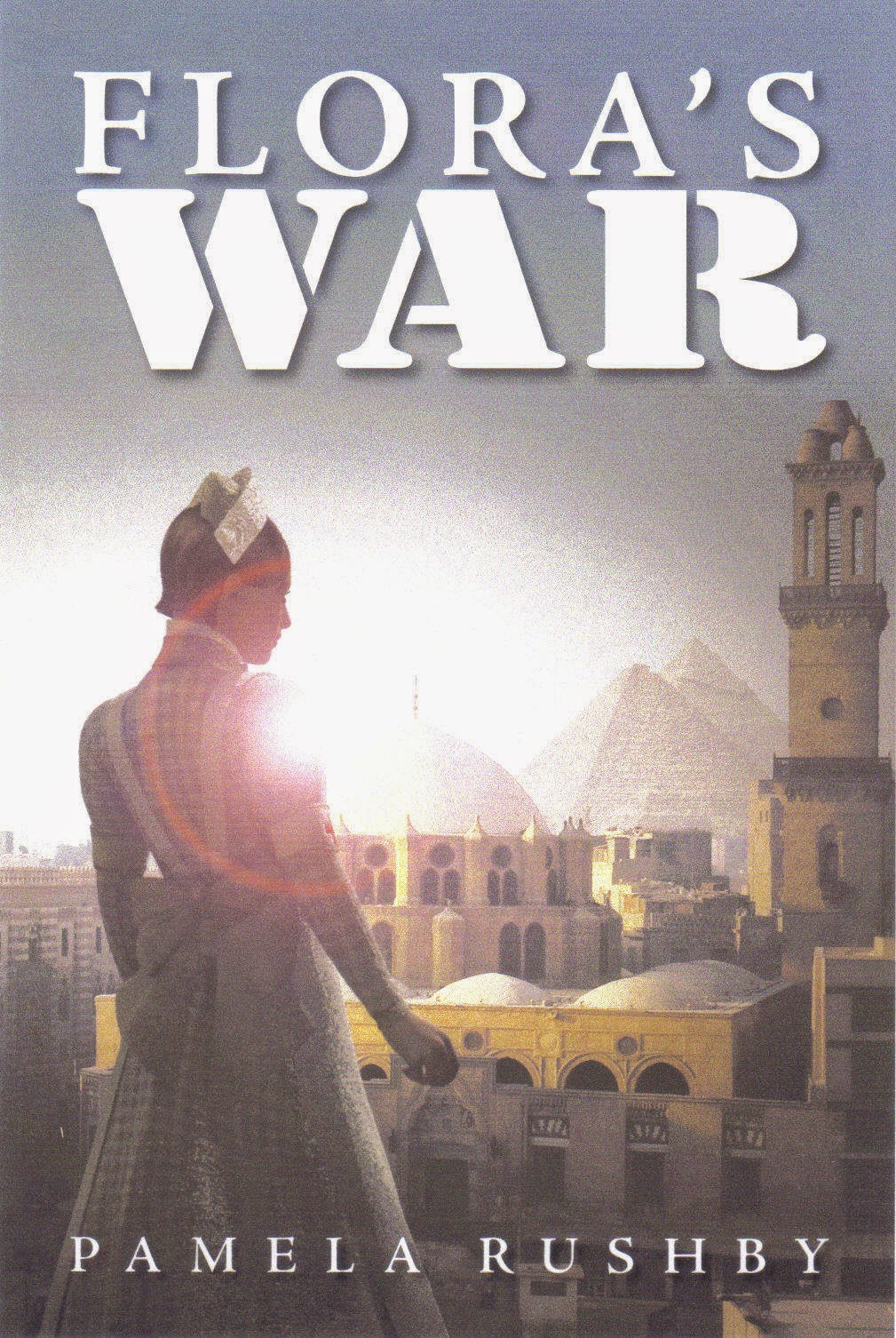 1900, when the plague, the Black Death, came to Australia, in The Ratcatcher's Daughter.

And the latest (due out in Oct 2015) set in the Shearer's Strike of 1891, when Australia came very, very close to civil war:  Sing a Rebel Song.

Character in one of your own books?
I'm very fond of Kathy, from When the Hipchicks Went to War. Probably because the 60s is when I was a teenager, and Kathy is a mixture of my friends and me at that time.  Who couldn't like a heroine who's desperate to get into show biz and accepts a job in a touring entertainment troupe – even though the job's in Vietnam, during the Vietnam War?

Scene you enjoyed writing?
I loved writing about the photographer's studio at the funeral director, where Issy gets her first job in The Ratcatcher's Daughter.  Where she discovers the funeral director takes studio portraits of some of his (dead) clients. Memento moris, they were called, very popular in Victorian/Edwardian times.  (Call me macabre … J )

Place to write?
In my study. At my desk. I focus better. But can take advantage of spare moments anywhere – as you do. Always have a notebook and pen for this purpose.

Step in the process of writing? E.g. researching, drafting, editing etc
Researching. Love it, just love it. I find so many utterly amazing things. For example, just this morning I read a first-hand account of a mummy unwrapping party in Victorian times. ( It was quite the Thing to buy an ancient Egyptian mummy and have it unwrapped to amuse a party of your friends.) It's so hard to stop researching and start writing. Having said that, editing is magic. Once I've read the comments from the editor, shrieked in horror, sulked, kicked the cat, I've got over it and of course, she's right, darn her, and the book improves vastly as a result.

Method of writing i.e. longhand or typing?
Longhand first, pretty much scribble with lots of crossing-outs and inserts (I take an example of this to schools to show the kids and horrify them). Then onto the computer, with lots of changes along the way.

TV program /movie?
TV program: Doc Martin. Who Do You Think You Are. I liked The Time of Our lives, but it's gone – sigh. Movie: Roman Holiday. Hatari. They have everything!

Comfort food?
Anything cooked by somebody else is pretty good. 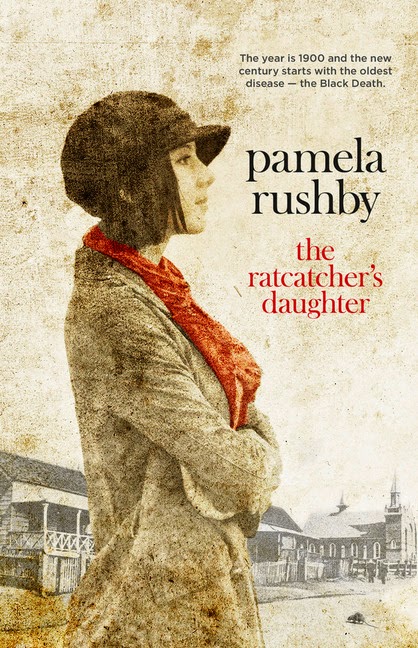 The year is 1900 and thirteen-year-old Issy McKelvie is forced to leave school and start her first job as a maid in an undertaking establishment. Issy’s entire family is now working and because her father’s job on the wharves is unreliable, he also works with his dogs as a ratcatcher.

In 1900 the plague – the Black Death – arrives in Australia, spread by fleas on rats. As the disease starts to take its human toll, panic grows. The rats must be exterminated.

Issy loathes both rats and her father’s pack of yappy, snappy rat-killing terriers. But when her father becomes ill, Issy must join the battle to rid the city of the plague-carrying rats.

However, many things about the city’s control of the plague are not as they seem. As she discovers and pieces together various clues, Issy comes to realise that the real world is very different from the one she thought she knew.

For more information on all our panels, please visit our site for programme details. And you can buy your tickets here.

Posted by Christopher Lam at 12:00 AM