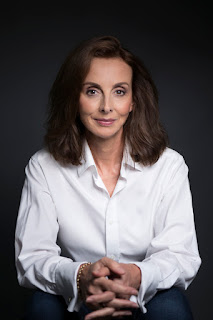 Our guest today is Nicole Alexander who is the author of eight novels: The Bark Cutters, A Changing Land, Absolution Creek, Sunset Ridge, The Great Plains, Wild Lands and River Run. An Uncommon Woman will be released on 3 July 2017. Nicole lives in north-west NSW, Australia and when she's not writing or chatting to book-lovers you can find her on the family property.

The Bark Cutters was short-listed for an Australian Book Industry Award. Both Absolution Creek and Sunset Ridge were chosen for the '50 Books You Can't Put Down' Get Reading campaign. The Great Plains was chosen in Better readings Top 100 Books in both 2015 & 2016.
You can connect with Nicole via her website, blog, Facebook, and Twitter.

An Uncommon Woman began with an idea based on a 1933 newspaper article in the Tasmanian Examiner. It reported that a woman had purchased a Queensland pastoral station. The fact that this buying of land warranted a headline in an island state far removed from the dusty interior of Australia signified the importance and the uniqueness of the event. The world had just staggered through the great stock market crash of 1929 and was in the grip of a devastating recession and yet here was a woman laying claim to a remote rural property. 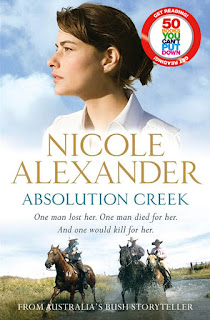 There are a number of themes, however love versus ambition is the predominant one. It’s an interesting theme to address in an historical novel, where your lead character is a female.  In the past and to a limited extent today, women’s lives were curtailed by the dictates of society. For a woman to push through the boundary of conformity and to aspire to a different life in a rural environment in the late 1920s (the period An Uncommon Woman is set), requires the type of character that writers love to conjure from the ether.

While I have written about our convict and military past, I am drawn to our wider pastoral legacy. We are so much more than our western society origin stories of coastal settlement. And our inland history allows a writer to explore the contribution made to the growth of Australia by all; Indigenous Australians, Chinese, Greeks, Italians etc against the rich tapestry of pastoral life. 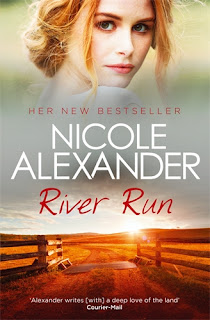 Once I’ve decided on a time period and location I then read widely on the subject, both non-fiction and fiction. I utilize archives from state libraries and on-line resources. These may include newspaper articles, family and regional histories, physical and digital books and files. I also investigate my own family’s pastoral records if appropriate. This ensures I get a rounded view of both the period and setting that I’m writing about. It is easy to become immersed in research, so once I’ve begun writing I then only tend to research a specific area on a ‘need-to’ basis.

Both are important. While ensuring your work is as realistic as possible is vital, accuracy most definitely has its place. I stick to dates where possible, consider world events and the impact they have on a particular time/characters.

In An Uncommon Woman, my main character, Edwina is my favourite.  I wanted her to break free of the restrictions of her gender and the society in which she lived. To forge a place for herself beyond the dictates of men, whether they be father, brother or lover. I wanted her to be feisty and determined. A product of her environment. 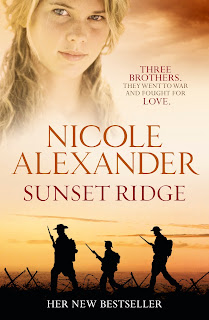 I’m definitely a pantser. Many authors love the structure plotting gives them. However I write the first few chapters and then sit back and see how my characters evolve. I don’t want to be so controlled that I don’t have room to manoeuvre if my character leads me in a different direction.
An Uncommon Woman is my eighth novel in eight years. So it takes roughly about 8 months to produce a manuscript.

Ernest Hemingway, for his sparse prose, Larry McMurtry, particularly his 1985 western novel, Lonesome Dove. The word epic does actually apply to this work. I love Michael Ondaatje. The English Patient stands out for me and D’Arcy Niland’s Australian masterpiece, The Shiralee. I look for authors who have beautiful prose, intriguing storylines and worlds where the landscape is carefully considered.

You’ll only become a writer if you practice. It’s all about placing your backside in the chair and then… Redraft, redraft, redraft. Make that manuscript shine like a pearl.
Tell us about your next book or work in progress.
At the moment I’m having a short break…. 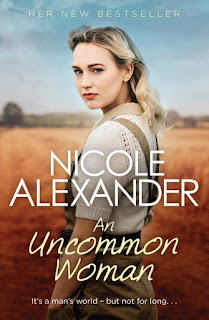 Set in rural Queensland in 1929, An Uncommon Woman is the captivating story of a very modern woman who refuses to be held down by the conventions of the past . . .

Inspired by a real newspaper story from 1933, An Uncommon Woman is an epic tale of duty, ambition, prejudice and love, from the pen of bestselling author Nicole Alexander.

It’s 1929, and the world is changing. Cars are no longer the privilege of the rich. Hemlines are rising. Movies are talking. And more and more women are entering the workforce.
For Edwina Baker, however, life on her family’s property in Western Queensland offers little opportunity to be anything other than daughter, sister and, perhaps soon, wife.
But Edwina wants more. She wants to see the world, meet new people, achieve things. For while she has more business sense than her younger brother, it will be Aiden who one day inherits the family business.

Then the circus comes to town. Banned from attending by her father, Hamilton, Edwina defiantly rides to the showground dressed as a boy. There she encounters two men who will both inadvertently alter the course of her life: pastoralist Mason with his modern city friends; and Will, a labourer who also dreams of escape.

And when the night ends in near-disaster, this one act of rebellion strikes at the heart of the Baker family. Yet it also offers Edwina the rare chance to prove herself in a man’s world. The question is, how far is she prepared to go, and how much is she prepared to risk?
Many thanks Nicole. Best wishes for the launch of An Uncommon Woman.﻿

The HNSA 2017 Melbourne Conference is being held on 8-10 September 2017 at Swinburne University. Nicole Alexander will be appearing on Saturday 9 September at in the following panel:

First Encounters and Our Colonial Past


How do historical novelists approach researching and writing colonial and convict pasts?  What particular challenges must be faced in portraying the meeting of First Peoples with Europeans?  Lucy Treloar, Deborah Challinor, Andrew Peters and Nicole Alexander discuss these issues with Josie Arnold.