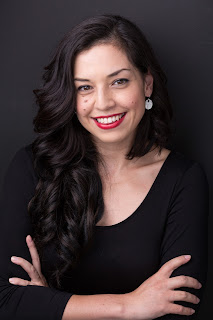 It's a pleasure to welcome Lauren Chater to the blog today. Lauren is a Sydney-based blogger and fiction writer. After winning the Fiona McIntosh Masterclass Scholarship in 2014, she completed her manuscript The Lace Weaver, due to be released by Simon and Schuster in March 2018. When not writing fiction, she runs The Well Read Cookie, a food blog inspired by her favourite novels. You can get in touch with her via twitter, Instagram or Facebook.

The inspiration for The Lace Weaver came to me as I was shelving books at my local library (writers have very glamorous day jobs!) and found a book on beautiful lace knitting from Estonia. The patterns were so intricate that I was immediately intrigued and couldn't resist turning the pages. I was surprised to learn that not only were the shawls still made completely by hand but that the place in which they originated, the small Baltic country of Estonia, had been occupied numerous times throughout history, first by the Danes and Baltic Germans, then the Russians, the Soviets and the Nazis. In the 20th Century, Estonia experienced only a very short period of independence before WW2 and after that it was not until the 1990s that they finally emancipated themselves from Russia. When I read that, I started to imagine what it must have been like for these women, living under so many different regimes, having to suppress their language and traditions. I wondered if perhaps lacemaking was a voice for them, a way of connecting with the past and a hope for future generations to understand their heritage and what they had sacrificed. That book on lacemaking planted the seed that would become my story.

Although I originally conceived the book as following the journey of just one woman, I ended up telling it through two voices. The differences between these women, their initial opposing viewpoints and vastly different backgrounds, became a prism through which to explore themes about female friendship and loyalty, the role of women as both creators and peacemakers. It's a story about how quiet resistance can be just as powerful as one of force.

I'm drawn to so many periods of history but particularly ones involving political turmoil or upheaval. I think those are the times that really test people. The stakes are always high which makes for very compelling storytelling.

I use all sorts of materials for research but you can't beat a good book (or dozen...) I do think that of all the ones I read during my research for The Lace Weaver, the standout one was a book of first-hand life stories from Estonian citizens. It was a special book because it was published only shortly after Estonia declared their independence from Russia in the 1990s. At the time it was published, there was an urgent need to collect all these stories and memories that had been suppressed during the Soviet 'collective forgetting' of the Cold War and afterwards. I also met with and interviewed Estonian women who emigrated to Australia after the war. That was a very valuable experience and reinforced in my mind that this was an important story to tell.

For me, the story and the history work together so I think historical authenticity is really important. If you can't bring the world to life, nobody will want to read your book. I'm very interested in the sensory worlds of my characters, which is partly why I felt I had to travel to Estonia. I wanted to know how the soil felt – loamy or sandy? - what the forest smelt like, how the cobblestones sounded as I walked on them. I used my imagination to fill in the bits I couldn't ascertain. 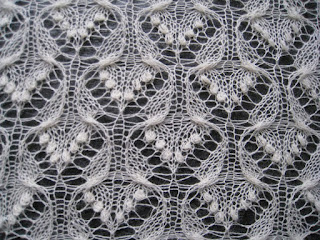 Which character in your current book is your favourite?

My favourite character was such a surprise to me. I was sure it would be Katarina, my protagonist, but as I finished my first draft, I realised that Lydia Volkov, the daughter of a Russian diplomat, had stolen my heart. Her character undergoes the most change in the novel. She sets out on a journey to honour her dead mother’s wishes but her world is tipped upside down when she discovers a terrible family secret. Caught up in the mass deportations of Estonian nationals, she has to choose whether to remain loyal to a system which has betrayed its people or follow her heart.

Are you a 'plotter' or a 'pantser'? How long does it take you to write a book?

I think it takes a while to work out your writing style. There is no right way. It certainly took me at least five years of writing to realize that I need to have a basic outline of my story and a few key motifs to ensure I don’t get tangled up in my own web. This particular book took me two years to write, although a lot of that was procrastination and struggling with self-doubt. I also have two very young children so finding time to write has not always been easy. It sounds like I’m making excuses… Maybe I am.

I particularly love the work of Geraldine Brooks, Alice Hoffman, Toni Morrison and Sue Monk-Kidd. More recently Kate Forsyth, Jessie Burton and Fiona McIntosh. I love Elizabeth Gilbert too, for her work on creativity. Good writers inspire me to be better! 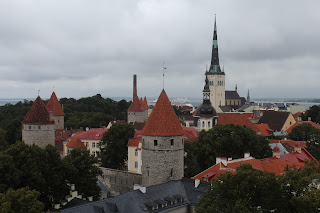 Attending workshops and conferences was instrumental in shaping my understanding of how novels work, so I would recommend attending as many as possible. They’re a great way to meet other writers, too, and authors are much more inclined to give you advice or answer questions if you’ve developed a relationship with them. And travel to your setting, if possible... it makes all the difference to the sensory world you're building.


You won the ‘At First Glance’ pitch contest at HNSA 2015. Did you find the experience useful in your journey?

Absolutely. It was both nerve-wracking and thrilling to hear my work being read aloud by a professional actor. It really helped me to hear what worked and what didn’t and watching the audience respond emotionally was a truly wonderful experience that not many writers get to have so I was glad I entered! The feedback from the judges was very valuable, too and helped me consolidate my opening paragraphs to ‘hook’ the reader straight into the story. I’d highly recommend entering and its anonymous (unless you win) so there’s no reason to be shy or embarrassed. Putting your work out there is an important step in the journey to publication and entering these kinds of competitions might just give the exposure and confidence you need to take your writing to the next level.


I’m currently working on my second novel which is set in the 17th Century in London. I'm looking forward to traveling there for research in June.

Thanks for chatting with us Lauren. We were delighted that HNSA was involved in assisting you in your journey after being our inaugural First Pages Pitch Contest winner!

Lauren will be appearing in our free Sydney HNSA Meet the Author event on 29 March 7-9 pm at Mosman Library with Felicity Pulman, Elisabeth Storrs, Belinda Murrell and Lynette McDermott. Bookings essential. More details can be found on the HNSA website.

Early bird registration is open for the HNSA 2017 Conference. You will receive 15% off the full price for our weekend programme.  The same discount also applies for tickets to our opening reception.

Subscribe to our newsletter for interviews, reviews and news.
Posted by Lauren C at 4:21 PM